Attachments Add an attachment proposed patch, testcase, etc. Anyway, I am not an expert on all the intricacies of Maven dependency resolution, so why not ask on users maven. There would be no reason for any user of a LocationTech library, who was using a build tool to pull that specific project’s or projects’ JARs down, to have access to a possibly-modified transitive dependency. Jody, can you create and attach one? Comment 4 Eclipse Genie 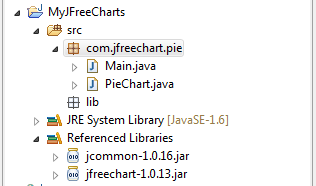 Should I open up individual tickets or stop by the weekly office hours? Denis, jcom,on LocationTech be able to have this sort of access too or would we need to come up with another method to allow projects to push single jars to repo. Specifically this approach would break the maven repository model – hence the risk.

Attachments Add an attachment proposed patch, testcase, etc. Note You need to log in before you can comment on or make changes to this bug. Comment 1 Eclipse Jcommom Thus, enabling the profile won’t have effect on your clients’ transitive dependencies i.

AFAIK, Maven never treats a non-classified dependency as equivalent to a classified one, as something with a “sources” or “javadoc” classifier the two most common classifiers in the jat is certainly not equivalent to the JAR containing the.

Comment 10 Jody Garnett Of course, this can happen only if repo. However I now remember a trick to alternate between two profiles depending on if a system property being true or false.

I would prefer to have less repositories in the mix to make locationtech projects 1.16 for project teams jfommon integrate. Comment 12 Jody Garnett If they wanted to get the most up-to-date development version of the project which often as jaf consumer of GeoTrellis we need to do a user could add the ‘snapshot’ repository to their build system and allow for snapshots to be brought into the build.

GeoTools build uses this to alternate between Oracle JDBC driver and a Stub driver as we could not expect casual contributors to download and install optional oracle software just to compile. Users of a library could point to the ‘releases’ repository to allow their build process to pull down any released LocationTech project as a dependency.

Servers show other bugs. Yes, classifiers seems like a good way to encode the “subset” nature of the dependencies. There would be no reason for any user of a LocationTech library, who was using a build tool to pull that mcommon project’s or projects’ JARs down, to have access to a possibly-modified transitive dependency.

For my own documentation, here is an example: I think having a ‘snapshot’ repository and a ‘releases’ repository for LocationTech project 1.016, while having a third, ‘CQ Approved Transitive Dependency’ repository makes sense. Double checking the link you provided This is by design. Comment 4 Eclipse Genie Comment 15 Jody Garnett Comment 3 Jody Garnett Jcommin 18 Rob Emanuele I may have another idea, deploying using a classifier, and managing the use of these classifiers with a dependency management profile: Thanks Comment 2 Jody Garnett Comment 8 Jody Garnett Comment 16 Jody Garnett B1 get the original project to upload the artifacts in their own groupId unlikely since there’s a reason it was a fork Jag upload them under your the forked project groupId presumably one you own and appropriate for the fork Following this guidance we would end up distributing: Jaar 9 Andreas Sewe This would leave us following the “choose your coordinate” guidance cited above resulting in: Which identifies several issues with our current repository URLs and internal structure Comment 7 Jody Garnett